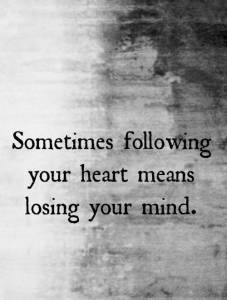 There’s no good way to admit that I’ve spent the last two weeks crying every day as I sift through, once again, Hook’s things including the mounds of files with his handwriting on them. Many times, I don’t even understand the pages of notes that I’m reading…

Brasso Seco.  I know Brasso Seco.  And then the tears come, and I remember how I handed the blue plastic container to Carl, his naturalist friend, as we stood in the Brasso Seco rainforest in Trinidad.  Carl, who already had tears falling down his dark face, promised to walk Hook’s ashes deep into the jungle, a day’s journey one way, to lay him to rest in one of their favorite camping spots.  It’s this memory that has me screaming out from my center, big gulps of tears at the unfairness of it all, the unfairness to Hook, to us, to not have had more time to figure things out.

Grief does not pass without me realizing that the emotional strangulation is greatly diminished from a year ago, yet it cuts deeper in its permanence.  Then another moment rises as I learn something more:  This is what hurts differently forever means.

It was a toss up whether stuff like this brought on laughter or tears.

So, I am not further along in my packing even though I will leave almost an entire month later than originally planned.  Instead, I use the precious time to read through Hook’s Selective Service papers or his Lifeguard Evaluations from the 1970s. I collapse into chairs and cry out for him, sometimes whispering, Why, sometimes only, I’m sorry. And I know that this sorrow is because I’m leaving our home which feels like leaving him.

Then without warning that original horribleness of gone descends, and reality causes me to sit down slowly as the temporary shock floats in and I say out loud:  My God, he’s really dead.  I see with clarity and feel the insanity – all over again, always all over again – the madness of these last three years.

Thank goodness for the chairs.

There is a small, black storage bin I’ve been avoiding because it contains every letter and card, each sweet note Hook ever wrote to me from the time we dated until our 4th wedding anniversary, three months before he died.  It was not unusual, especially for birthdays, for him to draw naughty cartoons on the envelopes, the female characters with Barbie boobs and enormous nursing nipples.

Most people wouldn’t have known, but Hook was a master at choosing mushy cards. Usually, they were poetic and handmade, developed out of recycled paper, sold in one of the many trendy shops in the SoCo area of south Austin. He put as much effort into card selection as he had with his copious research notes, which is to say, I now have some wonderful paper treasures.  But in the black bin, there is also a series of four handwritten letters from Hook, mailed to me during his last summer in Trinidad.  I both love and loathe those posts because shared throughout them are health symptoms he was having that I now know were indicators of his illness. 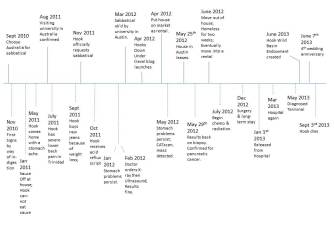 CLICK TO MAKE LARGER: Insanity at its best. Until this week, I hadn’t added Hook’s date of death.

When I rediscovered the letters in my last move, I began to create a timeline, a list of dates I’ve since spent over 10,088 minutes or 168 hours or 27 days researching and verifying as though managing the wildness of this hindsight would somehow alter the past.

I haven’t looked in that plastic bin for over a year, but it’s not the only thing that could cause me to fall down on bended knees in our master bedroom, my face wet with tears and snot, crying so hard I finally lay down on the Berber carpet, eventually falling asleep as I whimper myself out.  I slept in that position long enough for Gatita to walk in and find a curve in my S-shaped body which she snuggled into so we could snooze together.

But it’s not all boogers and grief.  I can brag now about how organized my office files are because I’ve gone through every single piece of paper that has ever affected my or Hook’s life, dumping out three recycling bins worth.  I’ve also been able to let go of Hook’s garage bins more easily. Gone now is most of his swimming and camping equipment.  Even his hockey gear found a new home as did his lawnmower.

What feels odd are the attachments I’ve formed to things I rarely paid attention to like his science books, especially the ones written by his mentoring professor, Howard Evans.  Those books did interest me years ago, but Hook wasn’t keen on me touching them. (He never actually said anything but I knew “the look” — the one that let me know he obviously did not have to share a lot as a kid, or he did and he didn’t like it.)  Of course, now I say out loud: Look how I’m touching the books, Honey!  Touch-touch-touch, getting my grubby peasant fingers all over them!

Two weeks after Allan passed away, I attended a grief group close to the crack house.  One of the handouts, with prompts answered by me from that lone meeting, fell out of a book on my shelf during this packing:

It was that last prompt that led to sleeping on the carpet in my bedroom; because I could hear it.  I could hear in my mind, his deep-throated laugh which sounded like he pulled air from his diaphragm. That unique Hook sound always touched some part of a laugh bubbling inside me, causing my own cackle to be even harder.

When I awoke two hours later, I rubbed my cheek to massage out the indentation formed from sleeping on the edge of one of the thick books that I must have pulled from the bottom shelf to use as a pillow.  I unfolded myself as I stood up, looked at the cat still curled into a ball and said, “Okay, nap time is over.”  I returned to organizing and packing, sometimes dry-eyed, sometimes not.  The Selective Service papers I kept; the grief prompts I threw away.  All of his words, and paperwork from his childhood, I placed back into the Allan folders and re-packed them away.

Tenants and the Road Trip

After a ridiculous amount of foot traffic into the Hook House, I have signed tenants without children but tenants with pets.  Before you scrunch up your faces, remember that you can require pet deposits but not child deposits.  As any honest parent will share, children are incredibly wonderful and unbelievably destructive with their cherub faces and sticky, mark-up-the-wall fingers.  But of course, one cannot discriminate based on whatever. Still, I managed to keep at bay a trio of testosterone-driven, sperm-on-the-wall party men who would surely have had more sex in this house in one year than in all its fourteen.

My movers arrive August 10th to transfer all of my belongings into storage.  I walk the new tenants through the house in the late afternoon of the 13th. Then, I get into the Jeep and drive to Dallas for the night.  An overnight in Dallas makes for only a five-hour drive to Little Rock, Arkansas – my first stop to visit with an old friend.

A temporary home for Gatita is still pending.  I can leave the Hook House, but I cannot leave the cat without a loving home, be that with someone else or riding along in the Jeep with me. If you happen to be that someone interested in hosting a non-litter box using, rabies free, spayed, 11-year old persnickety cat, and if you have no pets of your own (she doesn’t like other pets), then I’ll pay you $100/month to host her:

The German philosopher Nietzsche said that what makes us heroic is going out to meet our highest suffering and our highest hope.

As a society, we tend to turn away from grief.  We don’t always understand that there is a richness to be found if we’re willing to embrace and feel and live our experiences fully – the good as well as the grotesque.  Even my horror-scope this month said to grapple with my deepest pain, to be both healed and motivated by it.

I don’t need a road trip to do that.  It’s just the means that I’ve chosen.

Fourteen days.  Until then I do what I must to say good-bye. 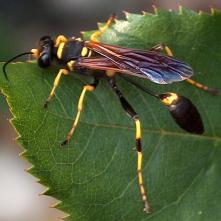 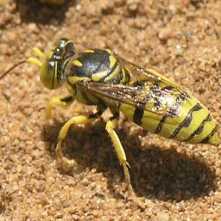 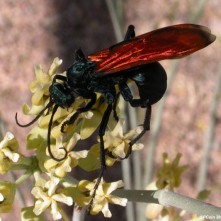